Running Is the Best Medicine (Better Than Laughter)

Home /Health Insurance/Running Is the Best Medicine (Better Than Laughter) 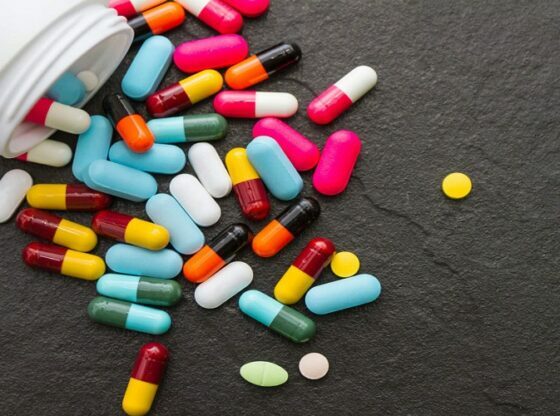 My name is David Meyer. I'm a health specialist and have created this website to help people learn more about its health.

Laughter is undoubtedly the best medicine, but humor can be subjective and not everyone enjoys it. Thus, a quick fix for one’s mental and physical wellbeing is running. Following are some of the ways how running can benefit you mentally as well as physical:

1. Release of Serotonin to Combat Anxiety and Depression

Running releases the feel-good hormones like serotonin and Endocannabinoids. Most depressed and anxiety-prone individuals are encouraged to go on a run daily before conventional medicine can be prescribed. Especially since the latter mostly has to do with unnatural intervention to increase our stores or decrease the reuptake of serotonin. Hence, running regularly can automatically and naturally combat this problem.

Moreover, the inner monologue that tends to generate negative thoughts in clinically depressed individuals tends to go away during running.

As opposed to meditation, which may not be everyone’s cup of tea – running can help calm your mind in times of stressful situations. There is science that backs the notion that running is an instant stress reliever! During exercise, the pituitary gland and the hypothalamus produce endorphins – which in a lay man’s term are the body’s painkillers with opioid and morphine-like effects. These neurotransmitters have an analgesic effect that counteracts the effect of cortisol; the steroid hormone that is released during stressful situations. Most people have benefitted from going on a run whenever they encountered massive conundrums or tragedies.

Moreover, the addictive nature of running, also known as the “runner’s high,” will instantly get one hooked to it. Talk about healthy addictions. If you are mildly depress or feeling down, try putting on your running shoes and going out for a run.

The cramps you may feel in your legs due to the accumulation of lactic acid, after a long run may suggest otherwise. But running can be very beneficial for your bones and muscles in the long run. Although, few people may argue that the high impact exercise can wear off ones’ knees. But this far from the truth for with proper footwear and at a pace that suits you – running helps strengthen the musculoskeletal system. Jogging on softer grounds instead of tarmac is suggested for people with existing knee problems; nonetheless one must not entirely avoid it. On the other hand, running prevents osteoporosis, arthritis, and lower back pains.

Brain scans of regular runners have shown greater activity in areas of the brain that are involved in focus and concentration. Additionally, these scans showed growth of hippocampus; these are of the brain involved in memory. Neuroplasticity devotees encourage that starting a regular habit of running can help strengthen these areas of brain function at any age. Moreover, the brain’s executive function that revolves around planning, problem-solving, delaying gratification and decision making is also benefitted through regular running. No wonder running is now being used as a prior, healthier alternative by physicians as well as psychiatrists in treating a plethora of medical conditions.

According to the World Health Organization, 56.4 million people lost their lives to deadly diseases in 2015. The silver lining is that most of these were preventable. Running five days a week for thirty minutes daily, irrespective of your age group can help reduce the risk of lethal diseases. These include ischemic heart diseases or coronary artery disease, diabetes, stroke, and even cancer! Since most of these conditions are a culmination of extended periods of poor lifestyle – that causes vascular changes and obesity – they can certainly be prevented by running regularly. Moreover, going on a run frequently promotes better hemostasis and maintains blood pressure.

Thus, go on a run and save your body from deteriorating – and while you are at it, you will save big bucks, instead of draining it into hefty medical interventions later in life.

The overall life expectancy of individuals increases inevitable with running. This because of the boost in immunity, increased levels of good cholesterol, lowered blood pressure, improved the cardiopulmonary system, a steadier musculoskeletal system as well as improve cognitive function. Save your years as well as money by evading expensive medical interventions later in life by inculcating the habit of running regularly.

The integral part of running revolves around fitness. If you are in better shape, you can run better. Running is a type of exercise that promotes cardio-pulmonary as well as vascular health. This brings about a massive boost in your stamina. Regular running can not only improve heart function, but it has been known to make the heart’s muscular fibers stronger – especially those present in ventricles. This means that the pumping action of the heart can be improved even during stages of rest; yielding greater stamina during exercise.

Moreover, since running targets the bigger group of our body’s muscles – like quadriceps, the glutes, calves, and even the abdominal muscles, it helps improve one’s physique. Regular runners tend to develop firmer and toned legs with flatter bellies. Hence, running is the medicine to boost confidence as well!

8. Running is one of the Top Five Exercises to Lose Weight

Recent studies have found that walking, jogging, running, intense yoga and international forms of dancing are the most effective fat burning activities. Since these exercises aim at burning fat around the organs and the waistline – instant results might not be discernible. But running for thirty minutes at a pace of six miles per hour can help you lose weight faster. This pace is equivalent to carrying out a conversation, whilst running, without stopping for a breath. Running is an aerobic exercise that will continue to increase your basal metabolic rate even after you stop. This promotes the burning of additional calories and faster weight loss.

Reading the endless benefits of running may have already instilled the enthusiasm one needs to get off their bed and go pounding the streets. But bear in mind that nothing gives instant results and there shall always be mental resistance when trying something new. But the results will be worth it.