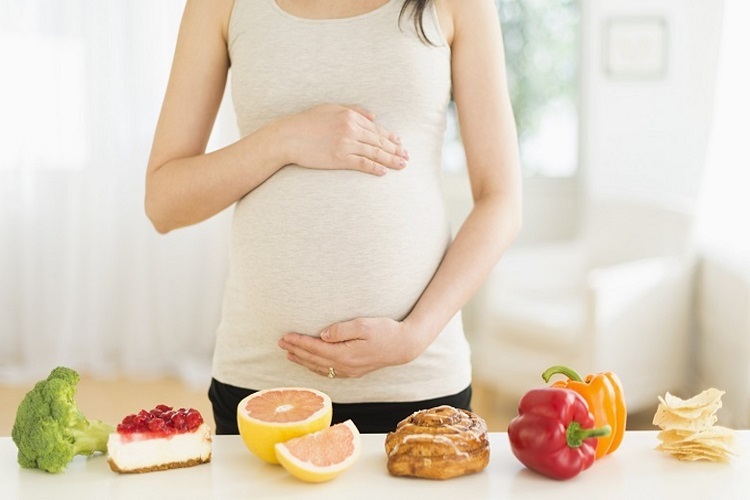 Pregnancies are characterized by physical and hormonal changes as the body prepares for the fetus development process as well as breastfeeding. Apart from the bulging of the stomach, other changes occur and will require the mother to be well-nourished.

Nourishment, in this instance, means having proper meals with vitamins included. Having an appropriate check of your eating habits will lead to the appropriate weight which lowers the risk of complications in the pregnancy and during delivery. Unfortunately, most people are in the dark on the essence of vitamins during pregnancy.

Keep reading to understand the effects of vitamin deficiency during pregnancy.

Asthma is not a common disease that you can treat. It is instead incurable and can be fatal. The case is more dangerous when the affected party is an infant. Asthma attacks are deadly among infants due to their low immunity.

Lack of vitamin D during pregnancy has been linked to the occurrence of these asthma cases among children. It beats logic that children are subjected to immense suffering due to an issue that could have been solved by a single dose of the supplements.

If anything, the supplements are much cheaper than the cost of treating asthma which is more of a lifetime condition. At the same time, vitamin D doesn’t have to come necessarily from the supplements. The natural sunlight is an excellent source of the vitamin, and it comes at no cost.

Premature birth refers to a situation where a kid is born before they are fully maturing in the womb. While in some instances, the child may get to survive, it is not always the case. Most of the cases of premature birth that are evident in the society are down to the deficiency of vital vitamins in the body.

Vitamin D and B12 are among the crucial nutrients that you should never miss if you are to avoid the menace. Unfortunately, most of these premature births occur among the poor in society and instead of investing their energies in nutrition, they are more into traditional beliefs.

Sadly, in the 21st century, people sometimes lose their pregnancies due to naivety. However, it is not too late to know about the essence of vitamin D and its role in their wellbeing. If anything, it is a crucial factor in the extension of their generation if it has to be.

Vitamin D deficiency seems to be the most notorious of all other conditions. This same condition can easily lead to the development of pre-eclampsia. The disorder is common in pregnancy and is characterized by the hiking of blood pressure.

In the human body, there is a given threshold of blood pressure that has to be held constant. The onset of the high pressure during pregnancy that is triggered by vitamin D deficiency can easily lead to the death of the mother and the fetus.

In most cases, people tend to associate rickets with the failure by parents to offer their kids with vitamin D after birth. While this may be true, it is also misleading in one way or the other. This condition has nothing to do with the children but the parents.

Lack of vitamin D during pregnancy means the healthy development of the fetus is distracted. This is where the issue of fragile bones comes in. Children with brittle bones are likely to develop other complications in the future which will affect their livelihood.

The sad part about these conditions is that kids have to suffer due to the negligence of other individuals. Pregnancy should not be treated like any other ordinary thing. Instead, it will require some special treatment for the sake of the two or more lives involved.

Part of the necessary care during this period is the prenatal vitamin supplements. This will by far boost the vitamin levels in the body which will in the process, be of great benefit to the mother and the fetus. However, it has to be prescribed to be sure of the right dose.

Anemia is a condition associated with the lack of enough blood in the body. For the longest time, the disease has been associated with iron without taking into consideration aspects of vitamin A.

Recent research, however, shows that vitamin A is also to blame for the increased cases of anemia among pregnant women. Individuals with low vitamin A levels show low levels of hemoglobin which translates to anemia.

A deficiency in vitamin C among expectant women poses severe risks to the brain of the fetus. The development of the fetus’ brain largely depends on this vital nutrient.

The brain has a specific section known as the hippocampus that is responsible for memory. When this section fails to develop, it will eventually affect their cognitive capabilities.

Lack of vitamin B12 is associated with the emergence of neural tube defects. These defects are evident in children after birth and mostly affect the brain, spine as well as the spinal cord.

Unfortunately, these defects happen in the first few weeks of pregnancy when most people are not even aware that they are pregnant. The spine is the primarily affected area. Thus, individuals must consume balanced meals all the time. This is the only way to be safe whether you have a pregnancy or not.

In standard cases, pregnancies are characterized by instances of exhaustion. This exhaustion is down to the need to carry extra weight in the form of a fetus. The situation is even worse when there isn’t enough vitamin B12 in the body. Vitamin B12 will thus give you the needed energy to see you through the journey.

Pregnancy is more than just carrying the fetus. You will also need reasonable levels of vitamins as well as other nutrients to maintain it. A prenatal care clinic is all you need to be on the right side and avoid future complications.

David Meyer
My name is David Meyer. I'm a health specialist and have created this website to help people learn more about its health.

What is Ultrasonic Cavitation and Does It Work

How to Respond to an Asthma Emergency